Former Queenslander Incentivise is the all-in favourite to take out the $8 million Group 1 Lexus Melbourne Cup (3200m) this spring following the official 174 nominations taken for the two-mile classic this week. 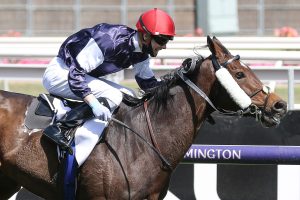 On Tuesday Racing Victoria took early entries for a host of the upcoming Melbourne Spring Racing Carnival majors including those for the $5 million Group 1 Caulfield Cup (October 16), the $5 million Ladbrokes Cox Plate (October 23) and the 2021 Melbourne Cup set to run at Flemington on Tuesday November 2, 2021.

The Melbourne Cup nominations drew the exact same number (174) as last season although, as expected, the international contingent is down from previous editions with just 15 in the mix.

“Today’s release of nominations officially begins the countdown to the 2021 Victorian Spring Racing Carnival, and represents an exciting time for racing fans and punters who will begin poring over the entries and choosing their horses to follow this spring,” Greg Carpenter, Racing Victoria’s (RV) Executive General Manager said.

“It is always pleasing to see the defending champions headline the entries for the Lexus Melbourne Cup (Twilight Payment), Carlton Draught Caulfield Cup (Verry Elleegant) and Ladbrokes Cox Plate (Sir Dragonet) which are Australia’s most iconic races and will again provide a beacon for the nation in these challenging times.

“The Cups and Cox Plate always generate amazing storylines and while defending champions Verry Elleegant, Sir Dragonet and Twilight Payment are familiar names among the entries, we know that opportunities will arise for new heroes to be born and that is what makes the countdown so exciting.

“Can Denis Pagan create more history and train a Melbourne Cup winner? Can Edward or James Cummings join their grandfather Bart as a Cup winner? Can Verry Elleegant cement her future place in racing’s Hall of Fame by adding a Cox Plate to her Caulfield Cup title? There are so many great questions to be answered.

“We’re very pleased with the nominations received today across all the feature races and whilst the international contingent is down on quantity as expected, the nominations from abroad remain high on quality and their journey in the weeks and months ahead will create plenty of interest.

“The challenges presented by the COVID pandemic both internationally and domestically in terms of travel cannot be underestimated and in setting a new global safety benchmark for the Spring Racing Carnival additional challenges have emerged, but we make no apology for that.”

The now Peter Moody-trained Incentivise, explosive 12-length winner of Brisbane’s Group 3 Tattersall’s Cup (2400m) in the winter, heads pre-field markets at Ladbrokes.com.au for both the Caulfield and Melbourne Cups.

Untapped and with all the upside there is plenty of excitement surrounding his return, but a Spring Cups double won’t come without a challenge from some of the world’s premier stayers.

Runner-up in 2019 and third last year, the Charlie Fellowes-trained Prince Of Arran is another standout international Melbourne Cup entry in 2021 familiar to Aussie punters.

Danny O’Brien returns with his 2019 Melbourne Cup champion Vow And Declare back for another shot at a second ‘Loving Trophy’ after a failed title defence last year, the galloper joined by the stable’s progressive four-year-old Young Werther.

One of last season’s premier three-year-olds was Explosive Jack, winner of the Tasmanian Derby, SA Derby, ATC Derby treble and he too holds a Melbourne Cup entry this spring.

Explosive Jack is one of a bumper 18 entries for the Ciaron Maher & David Eustace stable who also have reigning Cox Plate hero Sir Dragonet nominated, but unlikely to be a final acceptor.

Fifth in last year’s Melbourne Cup results, Persan was best over the line for the Australian-trained stayers in 2020 and also returns this season for Maher / Eustace.

First acceptances for all events close on Tuesday September 7, 2021 at midday.