The Peter Moody-trained Incentivise remains the short-priced favourite ahead of today’s $7.5 million Melbourne Cup, while there’s also been a big move on the Freedman-trained Delphi – winner of the Herbert Power Stakes at Caulfield two back.

The Galileo entire has seen his price cut in half, firming from the original $41 quote all the way into $19.00 with Ladbrokes bookmakers. 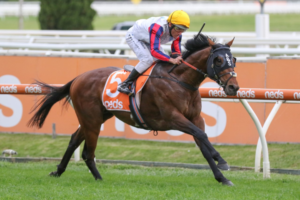 The five-year-old kept finding in the Herbert Power, gapping his rivals by a length before a complete forgive run on a soft track when 13 of 18 in the Caulfield Cup.

The champion hoop claimed a Group 1 double with a win on Colette in the Empire Rose Stakes and a win on Superstorm in the Kennedy Cantala. The 49-year-old has been in the saddle for each of Delphi’s last two runs and should have plenty of options at his disposal from barrier 3.

In other news, the Matt Cumani-trained Future Score was an early scratching this morning after presenting with lameness in his right foreleg.

Delphi was also examined by a vet this morning, and after plenty of uncertainty during the week, has been cleared to run.

The 2021 Melbourne Cup is scheduled to run at 2:00pm (AEDT) and the complete Ladbrokes market can be viewed here.